Mozambique: a look at the past

From December to March the north-east monsoon sweeps south from Arabia and the western shores of India towards Zanzibar, Madagascar and the Comores. From April to October the wind reverses and the south-west monsoon blows northwards. Mastery of these winds brought Arab, Persian, Indian and Somali traders down the coast in dhows, larger but similar to those we see today.

The arrival of the Portuguese at the end of the fifteenth century broke Arab dominance but trade continued along the coast from Inhambane to Sofala, Mozambique Island, Ibo and northwards to Zanzibar, Mombasa and on. Mozambique Island became the centre of Portuguese rule.

Mozambique and Sofala, along with Mogadishu, Lamu, Malindi, Mombasa, Zanzibar and Kilwa, were major Swahili city-states from 500-1500 AD. Kilwa, visited by the famous Chinese Admiral Zhen He in 1415, was an outlet for gold from the Zimbabwe plateau and Limpopo Valley.

The Portuguese arrived along the Swahili coast in 1498 but, despite their conquests, the old trading networks continued. Ocean-going trade with distant lands depended on the dhows and their captains (nakhoda) as well as on shore-based sultans and oligarchs (waungwana).

The “metical”, a term of Arab origin, was a unit of weight. A metical of gold was carried in the hollow shaft of a feather plugged at one end with bees wax. Ivory was another means of payment. For centuries cowrie shells were used as currency up and down the East African coast. One of the main sources was the Querimbas Archipelago with the shells traded from Ibo. 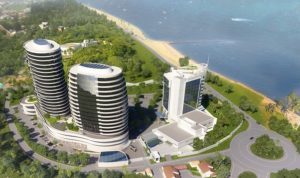